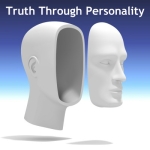 Preaching involves a preacher.  It isn’t simply about the message, it is also about the messenger.  And one thing that matters, perhaps more than almost anything else, is that the preacher be a living, breathing, genuine fruit of spirit kind of a Christian.

Goodness – Surely there should be an inherent goodness in our speech that reflects well on the Christ whom we claim to represent?  We are surrounded in our culture, and by choice through the media, by all sorts of degraded, obscene and morally bankrupt speech.  If we don’t consciously think about it, we may naturally default to a level that others will find offensive.

I’m not talking about the “easily offended” Pharisees that prowl around some churches looking for anyone active in ministry whom they can devour.  I’m talking about other believers who have chosen to filter the filth that feeds their thoughts and therefore have a cleaner grid through which to hear.  Preaching shouldn’t be a place where a lack of goodness in what is said should ever hinder people from hearing God’s Word proclaimed.

Last week we considered inappropriate ways to grab the attention of listeners.  Any hint of a lack of goodness springing forth from our hearts in our speech may well achieve attention, but not a healthy kind of attention.

Gentleness – There are times when we must forcefully persuade, of course.  But this can be done without discarding this fruit of the character of Christ in our lives.  Paul spoke of the “meekness and gentleness of Christ” in 2Corinthians 10.  Peter spoke of being ready to give an answer for the hope, but don’t forget his follow-up comment that this should be done with both gentleness and respect.  Being too bombastic, too loud, too “in your face,” too confrontational, too abrupt, etc., simply doesn’t help anything.

There certainly have been some feisty characters in the history of the church.  Remember that the fruit of the spirit is not always recorded in the caricatures of selective church history.  Recognize that while some feistier folk have had great impact, history has not recorded the detrimental effect of the many more who left no positive legacy.

Next time we’ll wrap up the list, and perhaps answer the question why I missed one too . . .

I wonder if some of us are missing something deeply significant?  Preaching involves spoken communication, but what is that spoken communication?  Is it a tool we use to transfer the information that we need to get across?  Or is it profoundly more than that?

I’ve heard preachers who preach as if their speaking is about the information transfer, but little more.  So that sense of personal detachment, or coldness, or distance . . . is that just a matter of poor delivery, or is there something more going on?

What I want to scratch the surface of is the nature of speech itself.  Here are some quick thoughts on why speech itself is more than a pragmatic tool:

1. The Bible doesn’t treat human speech as just a tool.  There is a massive emphasis on hearing God’s Word.  Our response to what we hear defines us.  Our integrity of action to what we confess is critical.  The tongue is a powerful organ in the body.

2. The Bible is a story of “did God say?”  The serpent offered humanity an autonomous alternative to trusting dependence on God.  We can be our own gods.  Why would we want that?  Because of a distrust in God’s spoken word, which is a distrust of His gracious character.  Ever since then the hiss of the lie has been an ever-present.  And the question has always been, who will trust the word of God’s promise?

3. The Bible presents us with a God who speaks.  Why don’t we see more from heaven?  We can’t fathom that perhaps our eyes are not the senior sense.  We fell by distrust of speech, we are invited to trust based on God’s Word (and He even made His Word visible to us in a Person!)  But this isn’t some pragmatic condescension of God for our sake, He is eternally a speaking God.  What constitutes the reality of the Trinity?  We would do well to let go a little of a metaphysical conversation of substance, and ponder more the biblical revelation of a God in eternal communion.

4. The Bible seems to see speech as central to what it is to be a person.  Now we’re probing a bit more.  For centuries we’ve been caught up in the idea of personhood as being about rationality, will-power and individualism.  We’ve seen it as an issue of separation, of hierarchy, of a will to power.  What if what we are is not best defined by our CV/resume (skills, capacities, education, even references from the most impressive people we know)?  What if what we are is defined by who we have true relationship with?  We inherently sense that reality, but our world denies it.  And what if relationship is, at its core, a matter of speaking and hearing, of a mutual indwelling through communication?

Okay, enough for today, but here’s the thought I’m nudging us toward.  What if preaching is profoundly more about speech than we’ve ever realised?  Our God is a God who speaks.  A God who has spoken.  And at the centre of Christianity is our heart response to what He says?