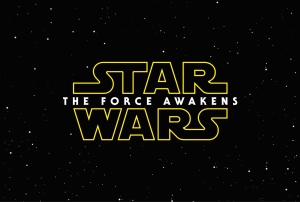 Yesterday I wrote about Star Wars and tied one thought into preaching. The critical ingredient in this movie seems to be its use of “nostalgia” – not just familiar score, scenery and action, but especially familiar characters. Almost every emotionally stirring moment in the film is stirred by some moment of recognition or a sense of relational connection (so good to see him again!) – what I loosely referred to as the “nostalgia.”

Pondering how much this features in the rhetorical design of the film led me to ponder preaching. Too often we miss the opportunity to re-introduce people to the emotional moments of biblical story where we can re-experience the thrill of identification with a well-known character. This is possible with Bible stories, and sadly, it is possible with The Character of The Story in the Bible – God Himself. Sermon by sermon we should be stirring affective engagement with God as His familiar character qualities re-emerge through the pages of Scripture.

So what is the force of reverse nostalgia?  And how can we awaken it?

Star Wars is grand in scope – it is a cosmic manichean struggle between good and evil, two sides of the impersonal force behind everything. And yet the story is that of people, not great armies. On an individual level these people are caught up in a great struggle, but their own stories reflect hints of a more biblical worldview – relationship, betrayal, parenting, etc.

One character in Star Wars has a restlessness about their character. Eventually comes, for me, the best line in the film – “Dear child, the belonging that you seek is not behind you. It is ahead.”

What Am I Calling Reverse Nostalgia?  I am referring to that stirred emotion of anticipation, the restless longing tapped by this quote. Sure, the Resistance may long for a cosmos where the dark side of the force is defeated, but such a utopian ideal is not heart-stirring. One character’s yearning to belong is.

Think of Hebrews 11:13-16. In this central section of the great “hall of faith” chapter, Abraham and his like were those who left behind their old country and headed for a better hometown. They died with their faith still intact, still anticipating their “repatriation” in a place that will be home. They did not look back, but instead they hailed home – with an anticipatory recognition of the community of love and joy to come, a belonging they were yet to experience.

Preaching That Taps Into Reverse Nostalgia.  Good preaching cannot be simply about good living now, nor about good living later.  Good preaching stirs that “hailing home” reflex in our hearts. The restlessness of this life stirred in anticipation of belonging. This is not about how nice the streets are in heaven.  This is about a relational bond that we taste by the Spirit, but one day we will experience to the max.

As we preach, let’s be sure to present God as personal so that listeners can be captured by His personality, His character, and all that He is.  As we preach let’s be sure to anticipate our destiny. Some songs capture this with lines like, “and the bride will run to her lover’s arms, giving glory to Emmanuel.” The key is not circumstance, it is interpersonal connection.

Let’s be sure to introduce listeners to the person of Jesus Christ. Let’s tap into that “nostalgia” factor of interpersonal connection as we re-introduce Him each week.  And let’s stir anticipation through “reverse nostalgia” and the anticipation, not of what is to come, but of who is to come! Star Wars touches that nerve purely on a family level. The Bible takes that to a gloriously greater dimension. 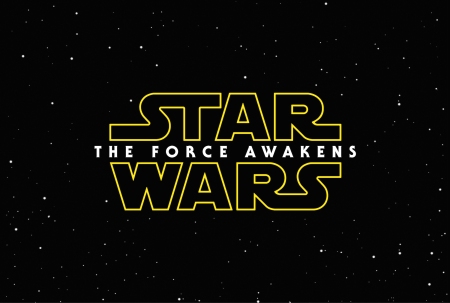 **There are no spoilers here**

The Force of Nostalgia Awakens. I jumped at the chance to go to the cinema and see the new Star Wars. I won’t spoil the storyline in this post, but I do want to ponder the key ingredient of this film’s success.  Nostalgia.

It is a very good film. Decent story. Good acting. Well made. But what is making this movie probably one of the most profitable of all time is its effective use of nostalgia. There is something profoundly satisfying about seeing familiar characters, familiar scenery, familiar scenes,  and familiar storylines.  (If you haven’t seen Star Wars yet, think about Rocky revisiting the ice rink in Rocky Balboa, the first glimpse of The Shire in The Hobbit, etc.  Nostalgia seems to be a growing currency in Hollywood!)

Now I could suggest that if the many very satisfying moments of nostalgia were removed from Star Wars, then it might not be lauded so highly, but that would be both unwise and unfair. Unwise because I would probably face a host of fans wanting to fight me to the death with their light sabers. Unfair because this Star Wars never asked to be judged minus the nostalgia.  (Unlike the previous 3 episodes that tried to build the franchise with poor stories and disappointing characters, this one has good story, good characters, etc., and deliberate use of the force of nostalgia.)

So with a good thumbs up to the movie, let’s ponder what we can learn in respect to our preaching and “nostalgia.”  In reality nostalgia is only a small part of what I am describing here – it is really the force of relational connections, our identification with characters. For the sake of simplicity, I will go with the term “nostalgia” because that was the overriding emotion generated in Star Wars.

1. Nostalgia is powerful.  There is more narrative in the Bible than any other type of literature. Even non-narrative literature is part of the big narrative of the Bible. If we can tell the stories well, then nostalgia can become part of the force in preaching. This is not automatic, however. We need to think about preaching biblical material in such a way that people are engaged emotionally and not just cerebrally. Too much preaching rehearses old truths, but does not ignite the imagination of the listeners. Most people, in most of the world, for most of history, have had far more engaged imaginations than we do today. This means we need to pay attention to how we help listeners imagine and engage with the biblical story.

2. Nostalgia is never generated by facts alone. If Star Wars simply referenced facts from episodes 4-6, then we would not be discussing the force of nostalgia in this post. There is some traction in familiar scenery, scenes, score, and plotlines, but the force really awakens when characters are enfleshed. To see Han Solo and Chewbacca walk onto the screen is where viewers find themselves deeply stirred.  Why? Because we feel like we know them – old friends who we never thought we would see again, but they’re back!  The human heart engages with other persons in a unique and powerful way. When we preach, we too easily reduce characters to fact-lists. Nicodemus was a curious and maybe sympathetic Pharisee. Zaccheus was a diminutive rogue. Zechariah was a faithful priest. And even, God is a holy deity.  All very factual, but the person is not evident when the description is too flat. People’s hearts will respond to real people, but sadly many churchgoers encounter more “real person” in a brief encounter with a waiter at a restaurant than they did at church during the preaching of a biblical narrative.

3. Nostalgia is not universally forceful. While we would do well to ponder the potential impact of “nostalgia” in our preaching, this is no magic pill.  Nostalgia alone would not make Star Wars successful. In fact, for a first time viewer who doesn’t have a host of emotional ties to scenes from over three decades ago, this Star Wars would have to engage on a completely different level. In the same way, we can’t rely on “familiarity” or assumed character development from previous exposure when we preach. Let’s learn to preach so that listeners engage with characters and experience the stories so that there is opportunity to tap into the force of nostalgia, but good preaching has to be targeted at first-time hearers too. Be sure to preach in such a way that first-time hearers will encounter the Key Character in the Bible,  be drawn to Him and become candidates for nostalgic responses in future biblical preaching!