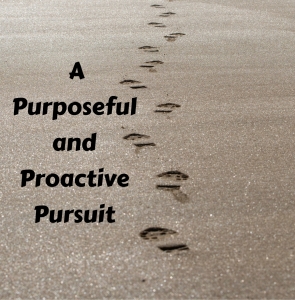 At first glance, John 5:1-18 looks like any other healing narrative in the Gospels.  Someone gets healed by Jesus, it’s a miracle, and the authorities aren’t happy.  But in John’s Gospel the writer is more sparing in his choice of healing stories – one child, one invalid, one blind man, and one dead man.  So maybe the story in John 5 is intended to highlight more for us readers than “just another healing”.

John chapter 5 is a strategically placed narrative in the flow of the book as a whole.    But then comes chapter 5 and an incident that seems to spark tensions that will rumble through the next chapters, and the next twelve months, right up to the Passion Week when Jesus died.

In other healing stories we see desperate people crying out to get Jesus’ attention, or going to great lengths to get close to him.  But in John 5 we see Jesus making all the moves.  He initiates a healing with someone who doesn’t know who he is.  And from a human perspective, the response he gets is not great.  This wasn’t a situation where Jesus chose a person he knew would respond well to him!

Notice the three moves that Jesus makes in this story, because he still makes those moves today:

1. Jesus initiates meeting the need of a hurting and broken man.  In verses 6-8 Jesus approaches the man and asks if he would like to be healed. As soon as the man has given his excuses for not being healed, Jesus simply tells him to get up, take up his bed, and walk.

2. Jesus initiates confronting the man over his deeper issue.  The man is accused of breaking the Sabbath in verses 9-13, but he doesn’t know who it was that healed him. (Don’t miss the delight of the authorities at the blessing of the miracle that had taken place!  Actually, we are so used to their reaction that it doesn’t register with us anymore, but it should!)  Then, in verse 14, Jesus finds the man and confronts him over his sin.  We don’t know whether this is referring to lifelong sin, general sin, specific sin, or even the sin he was contemplating, but nevertheless, Jesus knows that he needs more than functioning legs.

Sadly, the man immediately rushes off to tell the authorities that Jesus is the man they should be arresting.  Which sets up the third and most startling moment of initiative from Jesus:

3. Jesus initiates proceedings that will lead to the solution for sin: his own death.  The authorities are upset with Jesus for inciting others to break the Sabbath, but Jesus dies not want to deal with that “lesser charge” – so he just ramps it up to the highest crime possible.  He makes himself equal with God.  What had started as a small misdemeanor, from the perspective of the authorities, is now a full capital crime.  And Jesus is the one who made sure it got to that level.  This was no mistake.  He knew what he was doing.

The tension created in this story rumbles on through the coming chapters and months right up to chapter 12, when Jesus arrives in Jerusalem for that first Easter week.

Jesus still takes the initiative, far more than we tend to realise.  How often is he kind to us in ways we have not asked for, or even before we knew him?  Jesus knows what it is to be human in this hurt and broken world, and he is very proactive in initiating acts of grace in our lives.  Sadly, just like the man in John 5, we are also often slow to respond (although hopefully, unlike what we know of the healed man, we have responded to Jesus with faith!)

Jesus still takes the initiative in seeking us out to flag the issues of sin that lie deep within us.  He knows that functioning legs are not enough.  Nor is a healthier financial situation, a fixed family relationship, or whatever other kindness he shows.  He knows us.  He knows our sin.  And he knows how to put his finger on that sin issue to help us move closer to what we should be.  While we may have resisted his pursuit before we were saved, let’s never resist his initiative now that we are his.

Jesus would still take the initiative to instigate his own death – he  loves us that much.  But he doesn’t need to do that.  His death stands as an accomplished, eternity-changing, heart-revolutionizing reality for us to respond to.

He shows kindness to us, he probes deeper to deal with our real issues, and he was willing to die to take care of those deepest issues.  John 5 underlines to us that Jesus is not passive, nor reactive.  He is proactive, initiating time and again in our lives for our good.  Let’s be those who are alert to his initiative, and who are responsive to what he wants to do in our lives today.